Beer Masters
Hosted by global music star, beer lover and pub landlord James Blunt alongside expert brewer Jaega Wise, Beer Masters will see 5 teams of beer lovers from the UK and across Europe compete against one another for the chance to see their creation crowned the continent’s next best beer.

Over five challenges the teams will create unique beers that celebrate the culture of Europe’s diverse craft beer scene. They’ll be judged by experts from various breweries such as Leffe, Tripel Karmeliet and Camden Town Brewery as well as well-known beer lovers from across Europe, who will explore the team’s personal and original approaches to creating totally distinctive beers.

The triumphant team will see their winning craft beer launched and sold here at Beer Hawk. 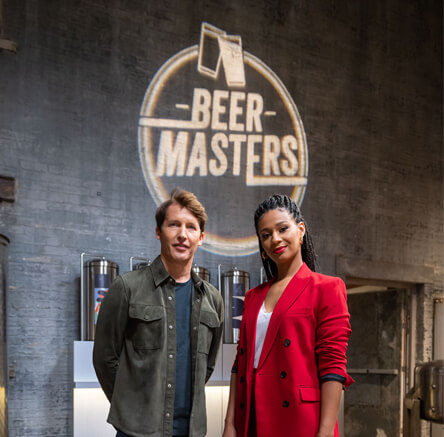 What are you waiting for? Watch now!

All 5 episodes of Beer Masters are available to stream on Amazon Prime Video now!
Watch them now and find out which team are crowned Beer Masters...