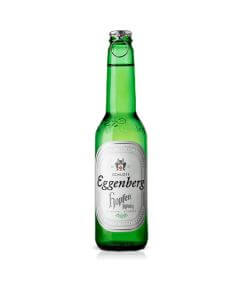 The oldest family-owned brewery in Austria, Schloss Eggenberg dates back to at least 999 AD and has been brewing since the 14th century. Originally supplying beer to the surrounding villages, the castle began brewing commercially in 1681.

Eggenberg is famous for its Samichlaus (‘Santa Claus’) beer, which is brewed once a year on 6th December, fermented for 10 months and comes in at a whopping 14% ABV. Throughout the year, you’ll also find their Hopfenkonig, a very drinkable German-style pils that’s much less rare than the Xmas special.