How Many Calories Are In a Beer?

Whether you're trying to stick to your New Year's Resolution or hoping to shed some weight put on during lockdown, understanding the calories in beer can be a helpful first step to getting you back on track. Trying to figure out how many calories are in your beer can be a daunting task, so here's a few tips to help you understand your beer calorie consumption. 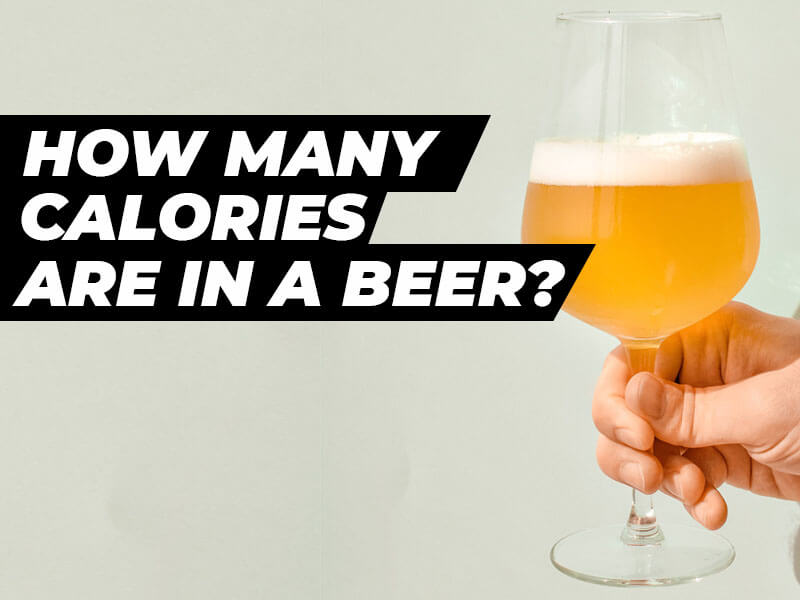 Average Calories in a Pint of Beer

So how many calories are actually in a beer pint? According to the NHS, an average pint of 5% beer contains approximately 239 calories. However, we think this estimate seems a little high. The USDA shows an average of 208 calories/pint, and this tool estimates 182 calories per 4% pint. If the beer doesn't state calorie quantity, it's safe to guess that you're drinking approximately 160-185 calories per pint of beer.

Why Is It So Difficult To Determine Calories In a Beer? Isn't Beer Just Beer?

All beers are not created equal. Bigger pours and higher ABV are usually signals of higher calorie content. Every beer is made with a different recipe, meaning the calories are going to vary from pint to pint. Read on to see average calories by beer style per pint of beer.

Where Do The Calories In Beer Come From?

In the brewing process, when yeast feeds on sugar, alcohol is formed. Alcohol is incredibly calorie dense, and contains approximately 7 calories per gram which is nearly twice as many calories as the same quantity of proteins or carbs. In addition to the alcohol, beer also contains carbohydrates from unfermented grains, which is another source of calories.

While many light beers are quick to advertise exactly how many calories are in a can or bottle of beer, standard beer and craft beer can be a bit more difficult to track. For example, a pint of a high ABV stout will usually contain more calories than a pint of a standard strength lager. If you use a calorie tracking app, many beers will already be in the database with calories listed. Men's Health UK recently released a nice beer calorie guide, and here's their breakdown of calories in different beer styles:

Beer by the Pint (On Tap, At Home)

If you're trying to control calories but still want to enjoy a beer, one easy way to do that is with a home beer machine. With a machine that's small enough to fit on your kitchen counter, you can control exactly how much beer you pour into your glass. It might not prevent you from pouring another, but at least the option is there!

Looking to cut back on calories? Try a non-alcoholic substitute.

Since most of the calories in beer come from alcohol, low-alcohol and alcohol-free beer usually has far fewer calories. That being said, there are usually still some calories in non-alcoholic beer as it is brewed with carbs and sugars just like full-alcohol beer.