This week at Beer Hawk University, we're going to take a closer look at the BeerSmith software. This software is vital in creating a fantastic homebrew recipe. 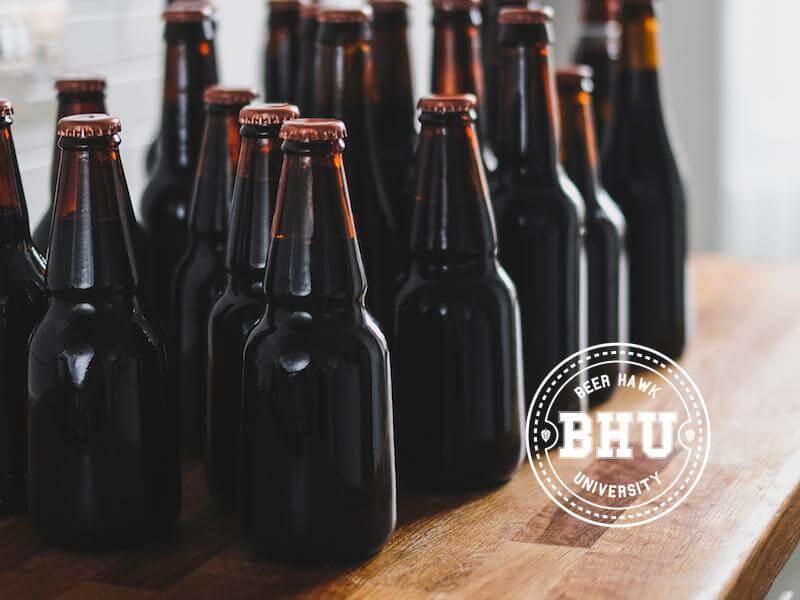 This week at Beer Hawk University, we're going to take a closer look at the BeerSmith software. This software is vital in creating a fantastic homebrew recipe. Follow along with our Homebrew Buyer's, Mark James, recipe for a Mosaic Golden Ale.

As we discussed last week, creating a homebrewing recipe is easy provided you use some of the resources we recommend. This week, we're going look a bit more in-depth at a recipe so that you can start to create your own! This lesson is not intended to show you how BeerSmith works, rather, it's just a basic primer for the kinds of things you should be thinking about when planning your recipes.

Our Homebrewing Guru, Mark James, is not only responsible for buying in all of the amazing homebrewing equipment and ingredients that we offer but he's also a keen homebrewer himself. He was pretty happy with how his Mosaic Golden Ale turned out so let's take another look at the BeerSmith software to see how he came up with his recipe.

We should note, however, that he did not share any of this beer with any of us. So, we can't actually guarantee that it's any good. Cough. Cough.

You'll see on this image that Mark decided to make a classic British Golden Ale using Mosaic hops. In his research he discovered that Golden Ales will have an EBC of about 4-12 (SRM 2-6). This is pretty light so he needs to make sure that he uses malts that will give the flavour profile that he wants, without a whole lot of dark colours.

Furthermore, given that Golden Ales have a bready or biscuity malt character yet, overall, focus a bit more on the hops, he wanted to make sure that he had a pretty neutral-flavoured malt base so that the hops could shine through. Lager malts and pale malts serve as a fantastic foundation for a style like this.

Notice on the left, Mark has chosen the proportions of the malts in grams. The programme displays which percentage of the grain bill each malt makes up.

Mark has chosen to make this a single-hop Golden Ale using the versatile and complex, Mosaic hop.

While this hop is widely used as an aroma hop for its earthy, fruity qualities, it also has enough oomph, or Alpha acids, to be used for bittering. He decided to boil a quantity of the hops for 60 minutes to extract bitterness and then a little bit more for about 20 minutes so that he can make sure all of the lovely flavours and aromas present themselves. (He also chose to dry-hop with even more which is always a good thing.)

Golden Ales are known for being very drinkable, light and refreshing. The most important ingredient in making that become a reality is the yeast strain. As you see here, Mark chose the Safale S-04 English Ale yeast. This strain is suitable for any ale where a clean, crisp yeast character is wanted. This strain is also what is known as "high flocculating," which means that it clumps together when fermentation is done and then drops to the bottom. The result is a beer with great clarity (the Irish Moss--as you see above, helps with clarification too). We can't have any haze in a Golden Ale!

Now that Mark has input all of the ingredients that he wants to use, and in their required proportions, BeerSmith will then calculate the final numbers that it estimates your brew will have. Selecting the equipment you'll use as well as batch size and the like, the software will take into account all of these factors and then tell you whether your plan will fit into the guidelines of the style you selected. Provided you don't screw it up!

You'll see above that since the little arrows are well within the green, all of Mark's planned quantities should return him a Single-Hop Mosaic Golden Ale as hoped. But what if they aren't or if you want to be a bit more creative? Well, that's when you get to tinker around to see what homebrew supplies you need to grab.

As you can see, it's easy enough to add, decrease, swap or even account for the cucumbers or beets you want to chuck in there. This tool truly is the ultimate homebrewer's helper.

There we go! The venerable Mark James' Mosaic Golden Ale as suggested by BeerSmith. See how easy homebrewing is?

We'll see you next time when we get a bit more into designing a homebrewing recipe--and how we came up with these quantities. We're well on our way to brew day! See you then--cheers!