Now that we know what basic ingredients and kit we need to make a beer, it's now onto the fun stuff! Since most of the brewers we've "met" along this trip probably started as homebrewers, it makes sense that we plan our first homebrewing recipe. It's almost brew day! 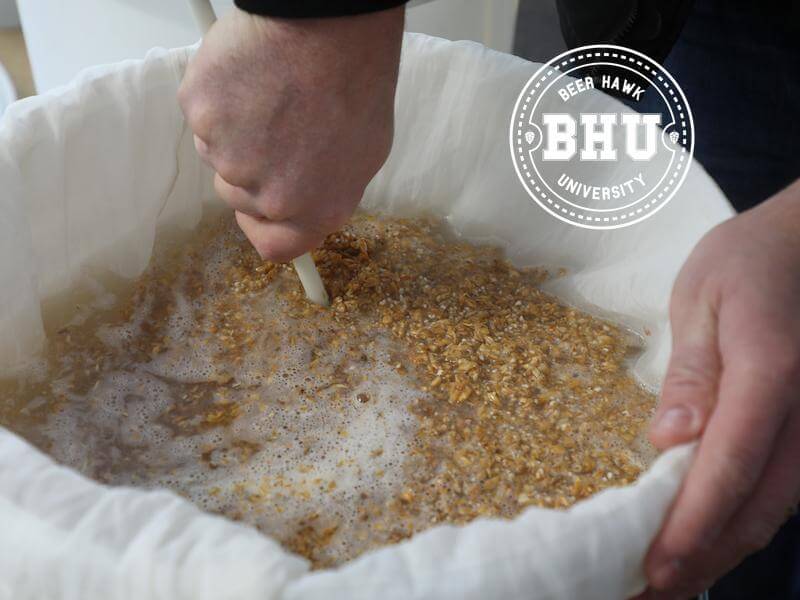 For simplicity's sake, we're going to assume that we're planning an all-grain recipe. First-time homebrewers may have more success with an extract kit or a partial mash, but--hey ho--let's jump right in to all-grain. (For those still picking up the lingo, all-grain just means we're using, well, all grains to make the wort. It's a bit more difficult than using the powdered or liquid extracts.)

Obviously, the first thing you need to do when writing your homebrew recipe is to decide on what style of beer you're going for. Now, homebrewing is supposed to be fun--so don't get too caught up in "rules". Besides, there's probably a whole lot that can go wrong if you're new to this (and, erm, experienced).

Think of what you like to drink but, keep in mind that for most homebrewers, brewing an ale is going to be a lot easier and more feasible since you don't need a cave to lager your beer. Well, not an actual cave, but lagers need a consistently colder place to do their thing.

You've picked your beer style--yay! Now what? With a number of different malts, yeast strains, and hop varietals available you could either A.) buy a bunch of ingredients, chuck it in a bucket and see what happens (pretty sure that's how the Craft Beer Revolution started) or B.) go to some trusted resources that will break it down really well for you.

We like the BJCP guidelines for suggested ingredients for all of the accepted styles of beer. If you're looking for something that'll help you determine proper proportions (or how to play with things!) we suggest either our very own Daniel Nielson's book, Homebrew 100 or Ray Daniels' Designing Great Beers.

These resources will help you in picking which ingredients you should use to achieve the general style that you're aiming for. Homebrewing a stout will have you reaching for the chocolate malts while an American-style IPA will need hops like Columbus or even Simcoe (among a bazillion others). Yet, always remember, homebrewing--and beer in general--is about having a bit of fun. You can colour outside of the lines!

Ok, so you've got your style picked and a rough proportion of ingredients figured out. Now it's time to really get down to science.

As you would've noticed when browsing through the resources mentioned above, each style will have general guidelines as to what the ABV, Original/Final Gravity (OG/FG), colour as measured by EBC and bitterness (IBU) are. All of these numbers fluctuate based on the amount of ingredients you put in the brew. How long the hops are in the boil and small changes in temperature on account of the equipment used also have implications on the outcome. In order to have some control over the numbers and not leave it up to the Beer Gods, we suggest downloading beer recipe design software like BeerSmith.

EBC vs. SRM Two different acronyms, measuring the same thing. Of course there can't be just one. Both of these terms measure the colour in a beer but are on different scales. EBC stands for the European Brewing Convention while SRM stands for the Standard Reference Method. While we won't get into spectrophotometers and the like here, for recipe design purposes ERM is almost exactly two times the SRM colour. So, if a beer style guide calls for an SRM of 4, try to get your BeerSmith recipe to fall around an 8 EBC (It's actually 1.97, but, come on. This is homebrewing.)

While it's not free, there is usually a free trial available. This software makes recipe design virtually foolproof. All you have to do is input what and how much you're planning to use in the brew, the equipment you're using (and a few other factors) and, voilà, it churns out the estimated final numbers of ABV, OG/FG, IBUs and EBC. Then, you're able to see whether or not what you're planning to use will have your final product fall within the style guidelines you're aiming for. If not, you can tweak it and then see what you need to do instead!

The only thing it can't account for though is actual fools.

There you go--an intro to homebrew recipe design! We can almost taste the success!

We thank you for keeping up with us here at BHU. We've had some technical difficulties of late which has made getting up these awesome lessons a bit of a challenge. Hopefully they've all been worked out so we can see you again next week when we get down to working out an actual recipe using BeerSmith. See you then--cheers!