Fire up the barbie! Summer’s almost here (well, sort of!) and to celebrate we’re putting together an EPIC case of beer to be enjoyed with your flame-grilled burgers and charcoal-smoked sausages.

We need YOUR help to make this the best Summer BBQ case ever, so vote for your favourite beers from our shortlist to ensure they make the final cut. As a little thank you, you’ll receive a discount code for 10% off your next order from Beer Hawk!

You’ll also be entered into our prize draw, where one lucky winner will receive our epic Summer BBQ Case as chosen by you, A Big Beery Mixed Case containing 30 of the world’s best beers, and a BBQ Meat Box from heritage butcher Farmison. This whopping prize is worth over £150, and you’ll receive it in time for the Spring Bank Holiday weekend! 5 runners up will also receive the Summer BBQ Case, so get voting now to see your fave beer included! WHAT YOU COULD WIN 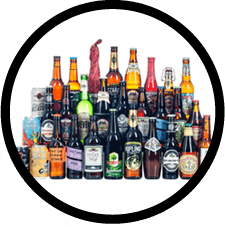 *terms and conditions: Your discount code is valid with both Beer Hawk and Farmison until 31st July 2016. Your code for Farmison is only valid on orders over £40. This competition is open to UK residents aged 18 and over. Entries close on the 17th May and the winner will be announced on the 19th May 2016.