What Is Craft Beer?

Craft beer is a common term used to describe many of the beers we drink today, but what, exactly, is craft beer? When did the term become popular, and what does the future of craft beer look like for the UK and across the globe? 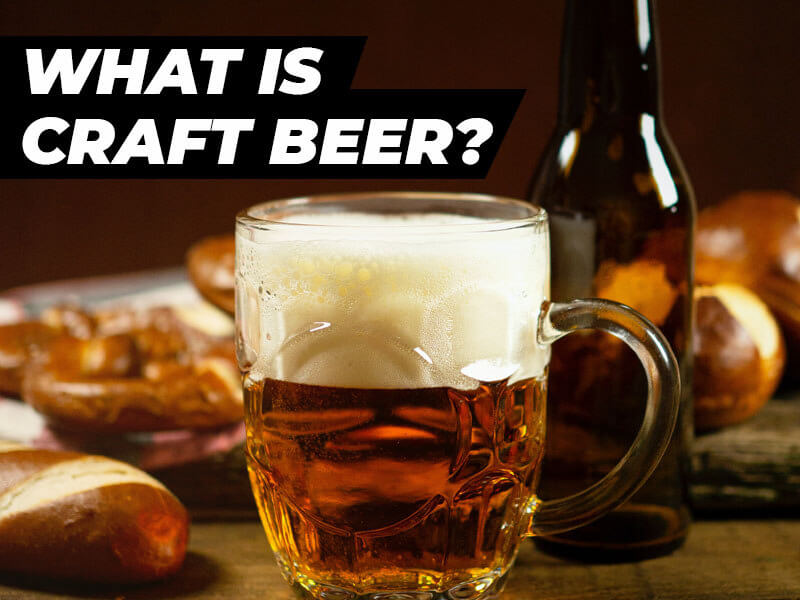 Craft beer, while increasingly popular everywhere, is somewhat difficult to define. Generally speaking, craft beer is beer that is made by independent breweries in small batches. According to Brewer's Association, in order to qualify as a craft brewery, crafter beer "must come from a brewery that brews no more than 6 million barrels of beer per year, have under a quarter of the brewery owned or controlled by the alcoholic beverage industry, and has at least half of its volume in all malt beers." Microbreweries and nanobreweries produce smaller quantities of beer annually and typically focus more on experimentation and variety. No matter the size of the craft brewery, craft beers stay true to style and are usually packed with distinct, detectable flavours, aromas and characteristics. Craft breweries tend to put heart and soul into their recipes and spare no effort experimenting and concocting delicious batches of craft beer.

The opposite of craft beer is commercial beer, which is mass-produced and readily available in most pubs and restaurants. However, you won't find commercial beer on tap if you step inside a craft brewery.

Where did craft beer come from, and why is it so popular?

Artisanal breweries have been around for centuries, but the craft beer scene as we know it today really became popular in the 1970s when homebrewing became legal and common in the U.S.

As more and more people began to dive into the craft of brewing, one man in particular is credited for breaking through the mold: Jack McAuliffe. McAuliffe served the US Navy, and when he was deployed to Scotland he was especially impressed by the local beer. He learned how to brew, and when he returned to the states he eventually quit his job to start the first American microbrewery, New Albion Brewing Company in Sonoma, California, circa 1976. While the brewery only stayed in business for six years, its impressive craft beer inspired many others to found their own craft breweries. Eventually, the craft brewery scene spread across the country, and then across the pond.

The UK has been home to beer and brewing for centuries, but the explosion of experimental craft brewing in the United States quickly spread to the UK and has clearly stood the test of time. According to an article from BBC, there are now over 1,500-2,000 small breweries in the U.K. which is more breweries per head than anywhere else in the entire world.

So to answer the question: Is craft beer a fad, or is it here to stay? Answer: craft beer isn't going away any time soon.

Looking to get your hands on craft beer? Whether you're brand new to craft beer or just looking to try something different, the best place to start is the lineup of Beer Hawk Mixed World Beer Cases. Each case includes 12-15 different beers, many of which are made at craft breweries around the world. Here's some of our personal favourites: