This Style Feature will walk you through all things Pilsner. The Pilsner, a lager style beer, has a rich history that's been carried across the world. Learn about where pilsners come from, what they taste like and how the style is defined, and our recommended Pilsners to order online and get in your fridge today. 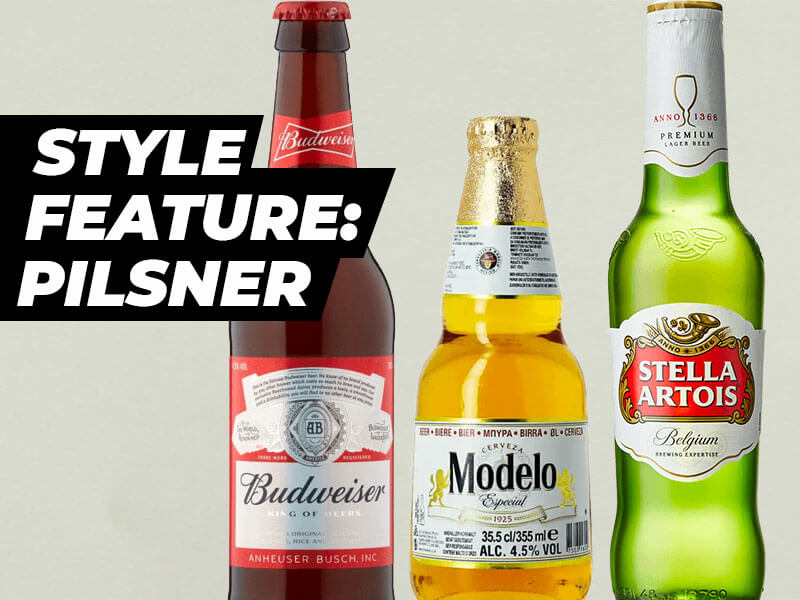 Defining the Pilsner Style: from the 1800s to Today

The history of the Pilsner style is not like any other beers. The Pilsner was invented in the Czech town of Pilsen in the late 1800s. It was a beer so revolting--it was said to have been a dark sludge consumed through straws to avoid all the floating sediment at the top--that the townspeople decided they had had enough and dumped out more than 30 kegs of the beer on the ground in front of the city hall. Then, they built a new brewery (Pilsner Urquell which still remains an active brewery today) and hired a Bavarian man, Josef Groll, as the new head brewer.

Using the methods he learned from his father as well as new brewing methods in the area, Groll was able to kiln an incredibly light coloured malt which resulted in a golden-yellow beer, rather than the previous dark beer brewed in Pilsen. He then used soft water, bottom fermenting yeast, and Saaz noble hops to brew the beer, followed by lagering it in a cave for the cool temperature. The result was a crisp, clear golden beer that won over everyone in the town. The original pilsner is a type of lager that is still being made in the same brewery today.

The original style Josef Groll brewed in the 1800s is lovingly known as the Bohemian, or Czech, pilsner. This style has low to moderate carbonation, is a pale golden yellow, and features bready and malty flavours and aromas. Hop bitterness is medium. Bohemian Pilsners (or pilseners) are usually the darkest in colour in the Pilsener family.

When the Germans brewed the pilsner style, they had to adapt the brewing methods slightly due to the limited availability of water and other Bohemian Pilsner resources. The result is a pilsner that is lighter in colour and slightly less hoppy than its Czech counterpart. You'll often hear the German Pilsner referred to as a "Pils" to signify its German craftsmanship. The German Pilsner and the Bohemian Pilsner are the two most common pilsner styles.

Less common than the German Pils and the Bohemian Pilsner is the European Pilsner, which may be described as slightly sweeter than the aforementioned pilsners and can be brewed with grains other than barley malt. Dutch pilsners and Belgian Pilsners are common European pilsners in this sub-style.

What's the difference between a pilsner and a lager?

All pilsners are lagers, but all lagers are not pilsners. Almost every single beer is either alager or an ale, and beer styles fall underneath those two main categories. In this case, a pilsner is a type of lager.

How is Pilsner beer brewed?

Correctly brewing a pilsner is a true science. Here are the basic steps:

Best Way To Drink a Pilsner

Pilsners arguably taste best when poured into a pilsner glass. This is a tall, tapered glass slightly smaller than a pint glass. It has a wide mouth to help retain the foam head to accentuate all the beautiful, complex pilsner flavours and aromas.

According to Pilsner Urquell, the ideal serving temperature for a pilsner is 5°-8° Celsius. And if you're looking to enjoy a refreshing pilsner with dinner, it pairs well with a wide variety of foods. Brewers Association suggests foods like chicken, salmon, salads, and bratwursts as well as light desserts like lemon shortbread.

Whether you drink it straight from the can or in a glass over beer with close friends, you're sure to enjoy all the bready flavours, noble hop aromas, and other cracking pilsner characteristics.

Budweiser is an iconic American pilsner brewed with both two-row and six-row wheat, in addition to rice. It has a 5% ABV and, like most American pilsners, is a very pale, light yellow colour. It's a fantastic fridge filler and a go-to case for getting together with friends. 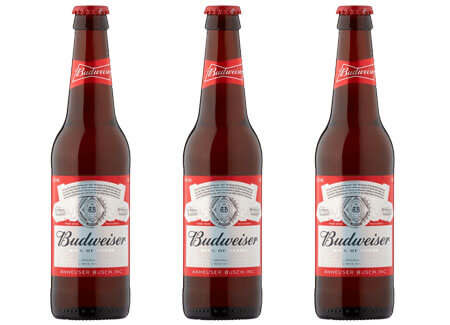 Stella Artois is the #1 best-selling Belgian beer in the world. The European-style pilsner is 4.6% ABV and features balanced malt sweetness, floral aroma, and crisp hop bitterness from the classic Saaz noble hops. 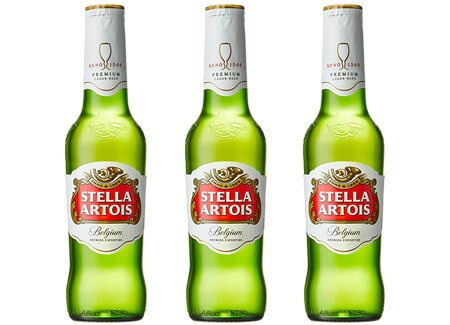 Modelo is a light, crisp Mexican-style Pilsner with unique flavours and aromas of orange blossom honey and a slight hint of herb. At 4.5% ABV, this sessionable pilsner is a refreshing fridge staple suitable for any occasion. Salud! 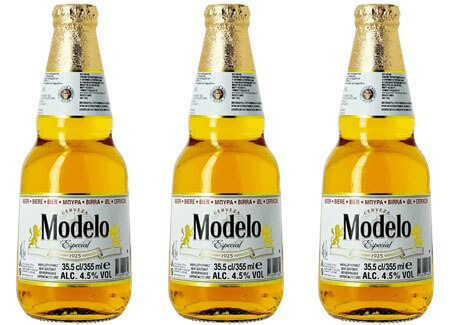