As we know, beer has had an impact on cultures around the world for thousands of years. While the importance of our favourite beverage has shifted in some societies over time, today we're going to discuss British beers! The United Kingdom is one of the most prominent beer nations in the world, so here's a deep dive into some of their most historic or well-known styles. 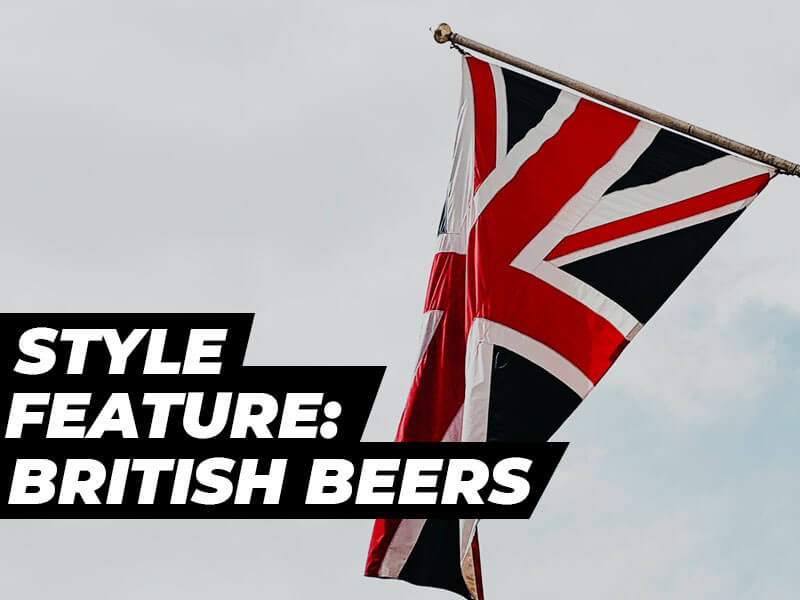 Beer has been Britain's most popular drink since the middle ages when the Alewives were responsible for brewing and the people consumed most of their calories through a pint. Unhopped beers until the 15th century were known as "ales" while, after the introduction of hops, hopped beer was called, well, beer. A tax survey from 1577 recorded 14,202 alehouses, 1,631 inns, and 329 taverns. This represented one pub for every 187 people in England and Wales. This isle has loved their beer from the word go!

The 18th and 19th centuries saw a bit of a brewing renaissance with the introduction of the porter style in London. The porter was the first beer to actually be brewed in a brewery and conditioned until it was ready to be consumed. This same century saw the birth of today's arguably most famous beer style: the India Pale Ale--or IPA. Learn all about IPAs here.

While the 20th century was a bit of a dark spot on brewing in the UK--war, temperance and megabreweries being the largest culprits--CAMRA saved the Real Ale and, indeed, British culture from extinction. The recognition of Real Ale's importance to the Great British Pub (which should really be considered one in the same with British culture) can be directly attributed to today's popularity of beer. Championing hand-crafted, artisanal beers has given the modern beer movement--or the "craft beer" industry the foundation necessary for this 21st century beer culture. In fact, as of late 2019 there were over 2,000 breweries in the country with no signs of the sector slowing down. It's a long way from one pub for every 187 people but it is safe to say that today's beer culture will keep beer in the United Kingdom for many centuries to come.

These beer styles are uniquely British:

Finding its roots in the English Pale Ales from the late 1800s, the Bitter includes the Ordinary, Best, and Special Bitter. These styles display the characteristic English hops on top of a sturdy malt profile while still being exceptionally drinkable and balanced.

The English Pale Ale is renowned for its drinkability, enhanced bitterness and balancing malts. Yeast strains used in this style lend a bit of fruitiness while English-variety hops display an earthy, herbal hop character. Medium-bodied, golden to amber-coloured and served clear, this quintessential English ale is one from which many others have derived.

With its origins dating to the early part of the 1800s, the English IPA was no more than a pale ale that had been extra-hopped in order to survive the voyage to India. What we’ve got today is a dry and moderately-strong ale that is balanced towards the hops with a supportive maltiness.

The classic porter dates back to 18th century London and is the predecessor to all stouts. Noted for its restrained roasted character and bitterness, the porter is a moderately strong English brown beer. Leaning to the sweet side, the porter features a significant caramel or toffee character and malty complexity.

The ancestor of the modern British Mild can be traced back to the 1800s with the darker versions appearing in the 20th century. Milds are typically light to medium-bodied with low bitterness and full of nutty, roasty malt flavour with a nice balance between quaffability and character.

The British Beer Scene in 2021 and Beyond

According to an article from BeverageDaily.com, "on-trade beer sales in Europe plunged 42% in 2020 as a result of the pandemic." While this statistic is grim, the hope is that the beer industry begins to recover in the summer of 2021. As pubs, bars and cafes began to open in early April in the UK, a glimmer of hope lingers on the horizon. Here's to hanging on a bit longer and enjoying some cracking British beers in the garden this summer! 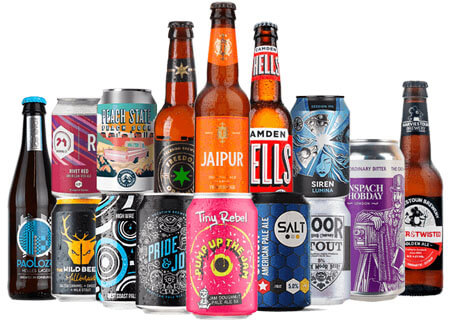 If you want to check out some of the best beers brewed in the UK today, then the Great British Beer Mixed Case is for you! This popular beer case features 15 British Beers and boasts over 200 five-star reviews from happy beer drinkers. From bitters to pale ales to IPAs and beyond, the case features beers from some of the best breweries in the nation including Magic Rock, Thornbridge, Tiny Rebel, Wild Beer Co and more. One happy customer raved the following:

"So many flavours in one case! Plenty of variety and a safe way to broaden your horizons flavour-wise. Some safe bets and some more exotics tastes to try. A highly recommended crate of joy. And SUCH pretty can designs to stare at long into the night…" (5-star review) -- Matt, 17/09/2020

We hope this helped you learn a little bit more about British beers, and if nothing else, helped you decide on the next style of beer to try. Feel free to check out our entire range of British beers...there's something for everyone! Happy drinking!