After a few extract kit brews, Daniel Neilson is inspired to take the next step to all-grain brewing. In a gripping, suspenseful series of articles discover the pitfalls, the arguments, and maybe a story about a falling kitchen ceiling, all after brewing a BrewDog IPA 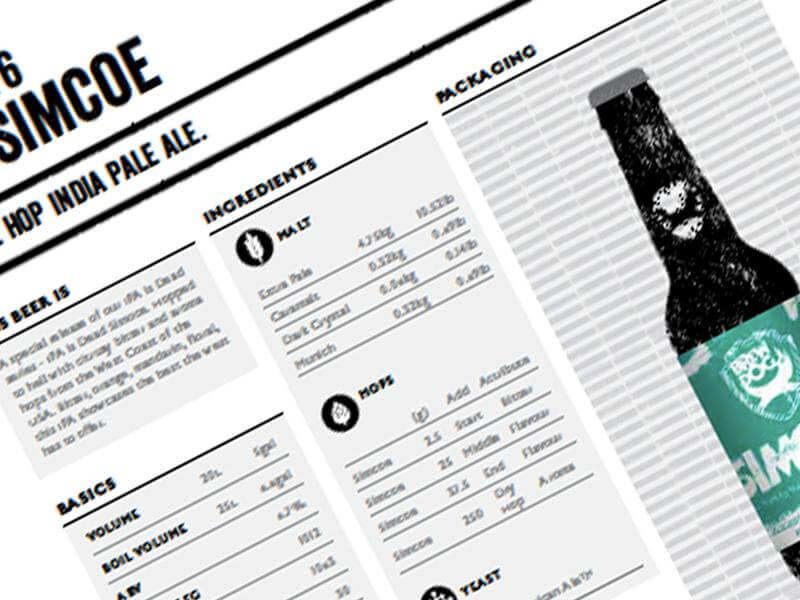 DIY Dog is such an alluring prospect: the chance to make ANY BrewDog beer at home. It’s one that I for one couldn’t resist. It was time, after five or six extract kits, time to go all-grain. I’d enjoyed my extract brews, but felt that lacked, well, a bit of soul. Drinkable for sure, especially the porter that went down really well, but others were a little thin. So I did what anyone would do in my position, and embezzled £60 each out of three of my mates, bought a mash tun and a few other bits of kit.

I then pretended to be diplomatic in my choice of first brew. A strong IPA from BrewDog’s IPA Is Dead series may be a bit tricky they voiced through our What’s App group. I agreed and then, with 3/4 of their money, went and bought the ingredients for Simcoe IPA. They’ll never read this article - so I’m safe in the knowledge they’ll never know. Not even when they taste it “it came out a bit strong for an American Pale Ale” they may say. “I know,” I’ll reply with a shrug of the shoulder.

So for a few weeks, we’ll have the gripping story of my first all-grain homebrew. I’ll try to think of some cliffhangers to entice you to read next week.

So how do you choose your first all-grain homebrew recipe? I had a couple of criteria. One it should be pretty easy (porters I’ve found to be almost indestructible), plus I’d got a heady investment behind me and needed to nail it to keep my mates interested. So, that was an easy one. A porter. Except I quite fancied a Black IPA, which I figured is just like a porter with loads more hops in and we like hops. So that’s sorted (all ingredients are now currently sat in my garage).

The second brew we were to do was an APA, an American Pale Ale. A crowd pleaser that wasn’t incredibly hard, with no super high ABV to hit. I picked one out of a book by Greg Hughes called Home Brew Beer. It’s a DK book and super easy to follow. It suggested it was quite easy. Decision made. And then…
In my inbox landed a link to DIY Dog, the recipe for every BrewDog beer ever made. Even Punk? Yes. Even Sink the Bismark? Yes. Even the one served from a dead squirrel? Yes.

Resisting the urge to make an imperial brown ale aged in red wine barrels (lads? Wanna throw in another few hundred quid?), I settled on IPA is Dead, Simcoe. I vaguely remember having it in a BrewDog bar somewhere. It’s BrewDog, it’ll be good anyway I thought. It is described as: “Hopped to hell with citrusy bitter and aroma hops from the West Coast of the USA. Bitter, orange, mandarin, floral, this IPA showcases the best the west has to offer.” Sounds pretty nice.
Another consideration is that it only had Simcoe hops in it, which means that I wouldn’t have any half full packs of hops going off. Once my PayPal account was £180 richer, I bought all the ingredients for a Black IPA, Simcoe IPA and a huge mash tun (the ‘Monster Mash’ – chosen because I liked the name), plus some scales, sieve and thermometer. I already had a brew kettle, hydrometer, understanding wife.

They arrived in two alarmingly large boxes a few days later and it was time to brew. In next week’s gripping instalment: Horror! Did the sparge get stuck? Shock! Did the mash tun hold the temperature? Scare! Was there enough time to paint the garden shed while the grain was mashing? Find out next week!

DIY Dog 2017 is available to download from here: https://www.brewdog.com/lowdown/blog/diy-dog-2017