An Interview with Salt Beer Factory

This week we launch the range of Salt Beer Factory beers on the site and what better way to introduce a new brewery to our beer hunters than to have a good 'ole fashioned interview with Nadir Zairi, Director of the Yorkshire based brewery in Saltaire. 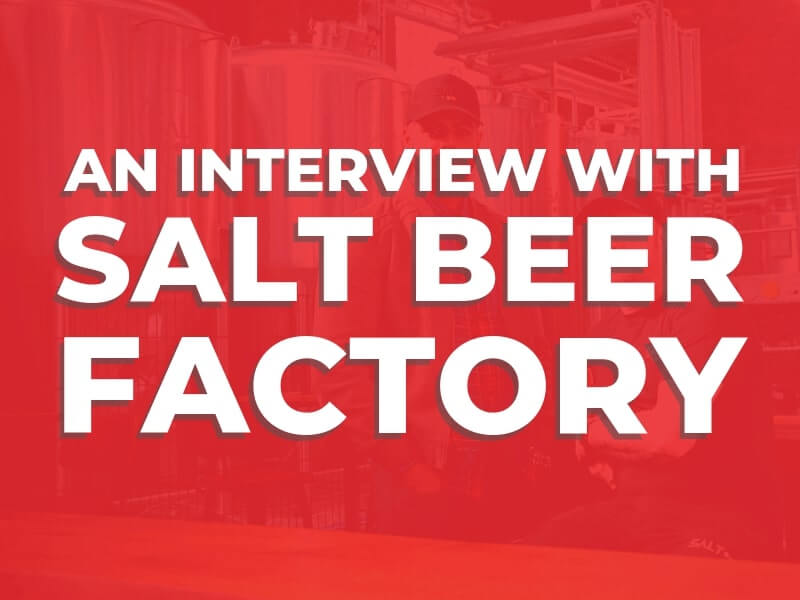 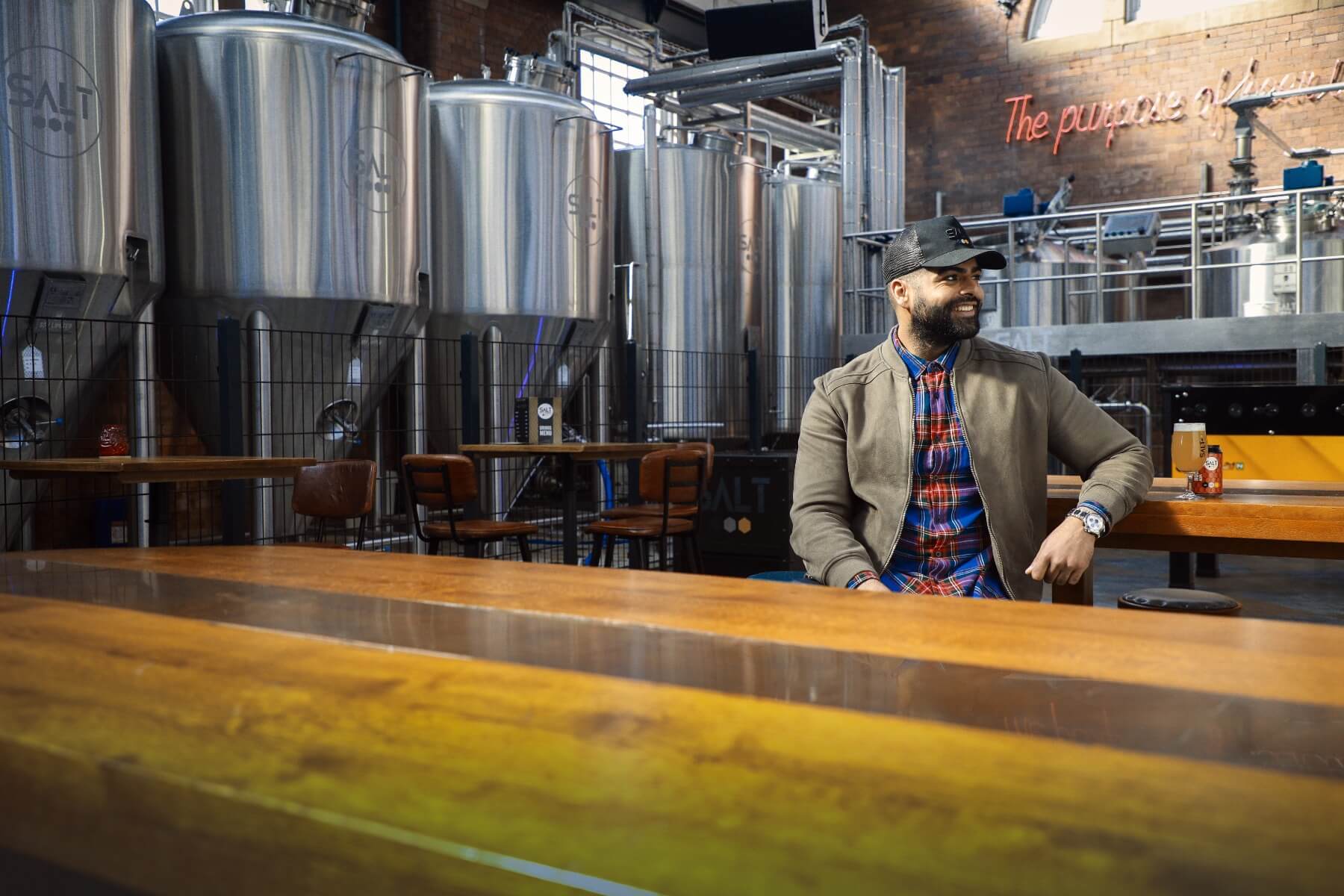 What was the first beer you ever brewed?

The first beer we ever brewed was Jute, our session IPA. Our goal for Jute was to make an accessible and easy drinking session beer; we definitely think we have achieved this. This is important to our goal, which is to open up the world of hop-forward beer. Having people enjoy Jute is important as the first step in broadening horizons and potentially trying more exciting beer styles. We want anybody and everybody to enjoy Jute alongside the rest of our core range. Being known for a quality core range is really important, as people always know a SALT beer is a great beer!

What makes you one of a kind?

We like to think we are pioneering in our approach to beer and everything that surrounds it. SALT is an experience-led brand and the experience we build alongside some fantastic beer is central to our mission. Being part of a crowded scene is great as it means we have to up our game and strive for the best!

The beer factory is housed by a Grade II listed Tramshed in the UNESCO World Heritage site of Saltaire. It’s a brewery, taproom and live events space all in one. The brewery sits around the outside of the building and the taproom sits right in the middle. You can follow the journey of your pint to raw ingredients to dispense at the bar...talk about a beer-drinking experience! There is a stage with professional lighting and PA system, wood-fired pizza oven, viewing mezzanines and private hire and conferencing facilities. At night, the beer factory transforms with the whole brewhouse underlit with colour changing LED’s, neon signs on the wall and resident DJ. It is truly one of a kind and we are so proud to call it home. 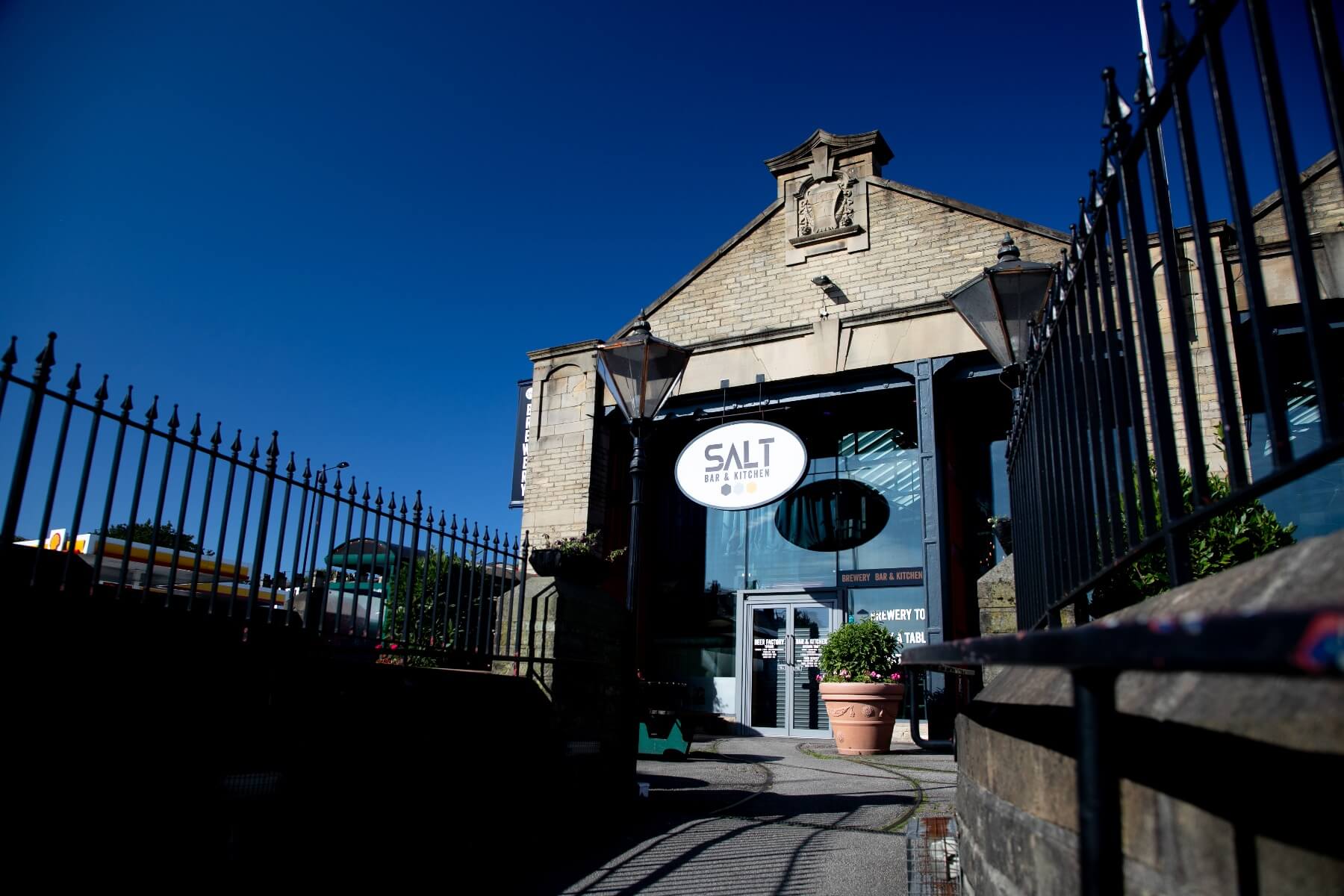 On the beer side of things, we have an amazing team of brewers; Coin Stronge and Chris Wigg who have 30 years shared experience between the from breweries such as Northern Monk, Marble, Buxton and Black Isle. When you let the guys loose on a state of the art brewhouse from SSV the result is some pretty exceptional beer. 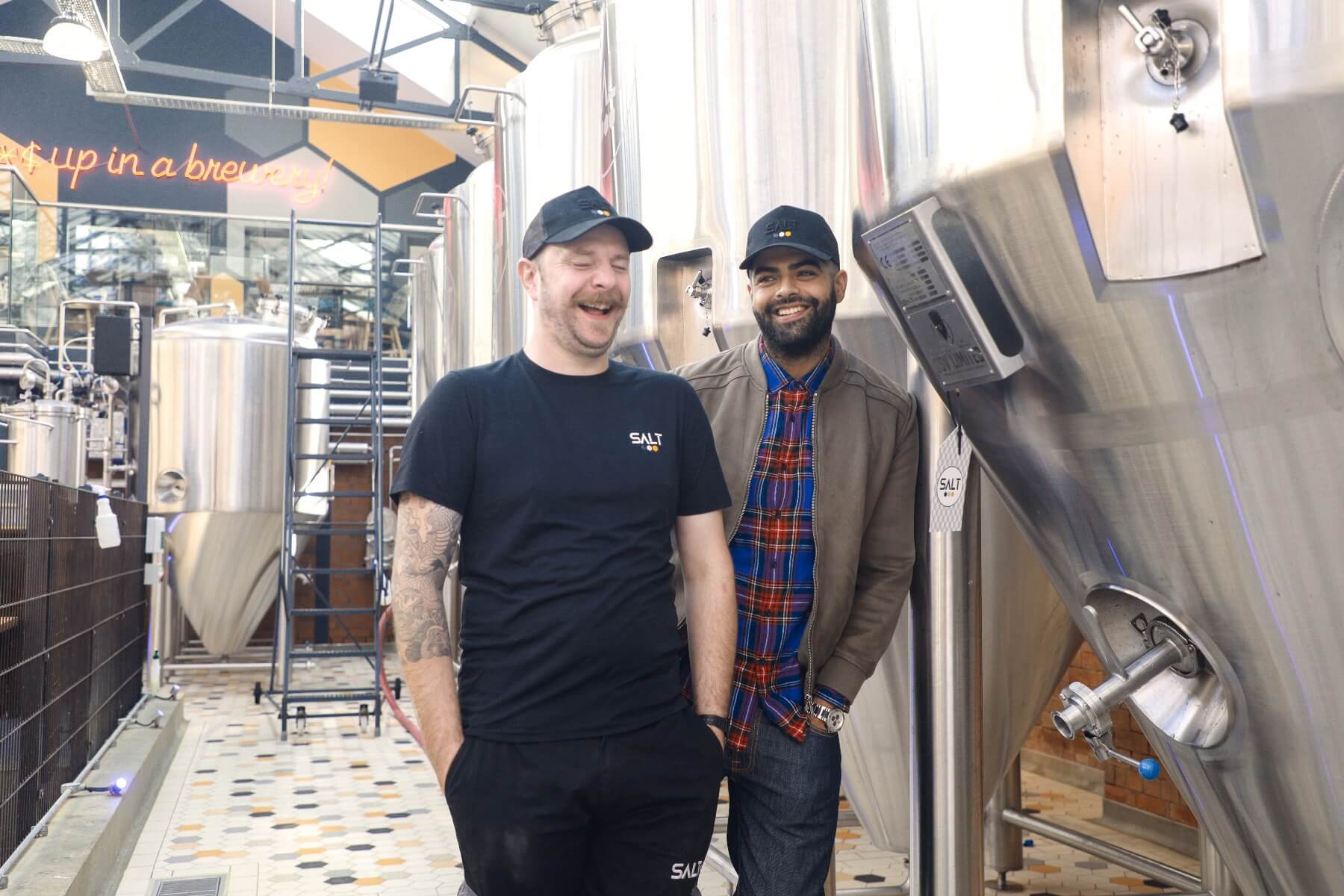 We try to be progressive and innovative with our beers. For instance, recently we have been experimenting with making our own oat milk to use as a vegan-friendly substitute to lactose. Over the course of their careers, the brewers have been leaders in terms of inventing styles such as the pastry stout our even novel ways to serve beer such as the ‘soft serve’! We want to keep this ingenuity going so keep an eye on what we’ve got coming up!

Does the brewery have any quirky traditions?

We have a wood-fired pizza oven in the brewery so every Friday is Pizza Friday. We also like to do team bbq’s out on the loading-bay as the brewers are big into BBQ! 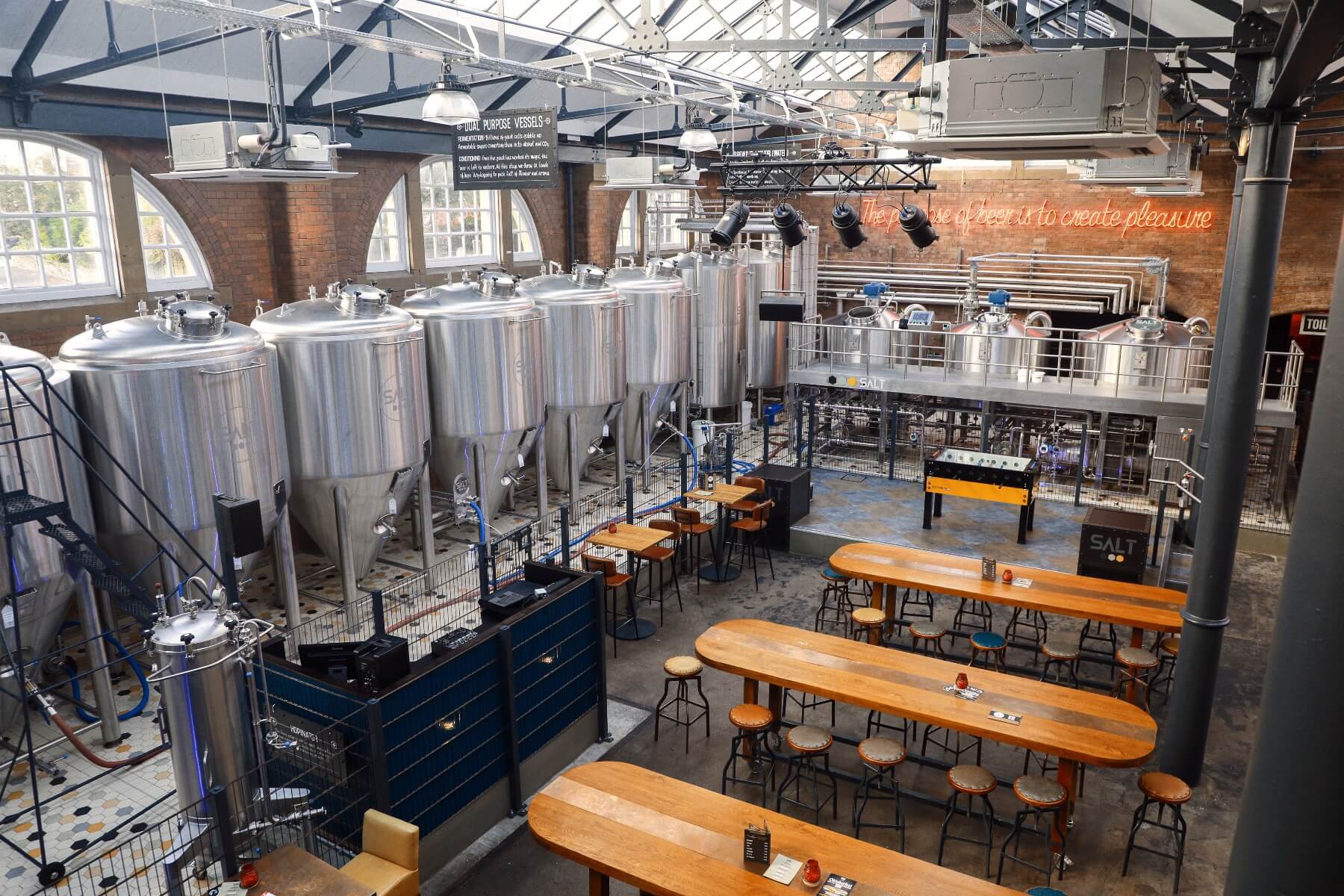 What beer style would you recommend to someone trying craft for the first time and why?

I think a good entry-level or starter is always a session IPA or pale ale. Something which is accessible in terms of both ABV and flavour. We see our Session IPA as the first rung on the ladder of trying more ‘out there’ styles.

What’s the weirdest ingredient you have ever put in a beer?

We’ve not done anything too crazy….yet but we recently used fresh mint in a hard seltzer. Aside from that, we’ve used plenty of fruit including mango, lime, guava, raspberry, watermelon which is always fun! Believe it or not, we have actually used SALT is one of our specials as well.

It’s got to be Huckaback, a 5.5% New England IPA. It’s hazy, juicy and dangerously easy to drink! We tend to lean more towards East-coast styles and Huckaback is a great example at a relatively accessible ABV. 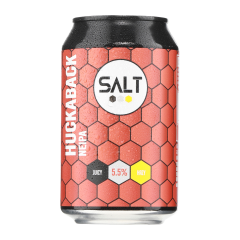 If I’m drinking a SALT beer than it most likely is from another Yorkshire based brewery. I’m a big fan of everything that North Brewing is doing and their Pinata and Transmission are delicious!

This is a tough one! I think it would have to be Sierra Nevada Pale Ale if I ever see it on draught that’s my go-to!

Would you consider doing collaborations with another brewery, if so, who and why?

We’re really big on collaborations and have already put a few out with many more to come.

Collaborations are great as the brewers share expertise, processes and ideas. We’re always learning and trying new things and collaborating with such established breweries is a great honour. It means we get to learn from some of the best in the industry and vice versa. The brewing industry is really open and friendly and collaboration days are always fun. Anything we can do to continue to learn and evolve is always important!

What single piece of advice would you give to someone looking to start homebrewing, something perhaps you could tell your younger selves?

Keep it simple! Brew something basic where you can’t hide any faults. Once you have nailed that slowly start tweaking and trying more exciting and ‘out-there’ styles.

I think the main thing is to be known for consistent and quality beers. Hopefully, we continue to build traction and SALT becomes a leader of the UK craft beer scene!

Try the Salt Beer Factory tasting case or anyone of their latest craft beers now on Beer Hawk! 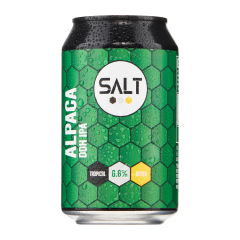 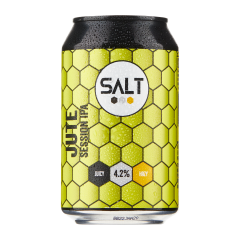 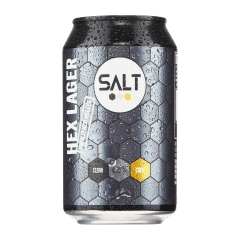 £2.99
Back to Journal
Recent Posts