Belgian Beers – what’s the fuss all about?

Belgium might be a small country, but it’s one that’s home to arguably the world’s most influential breweries, which have given us a huge catalogue of epically interesting beer styles. 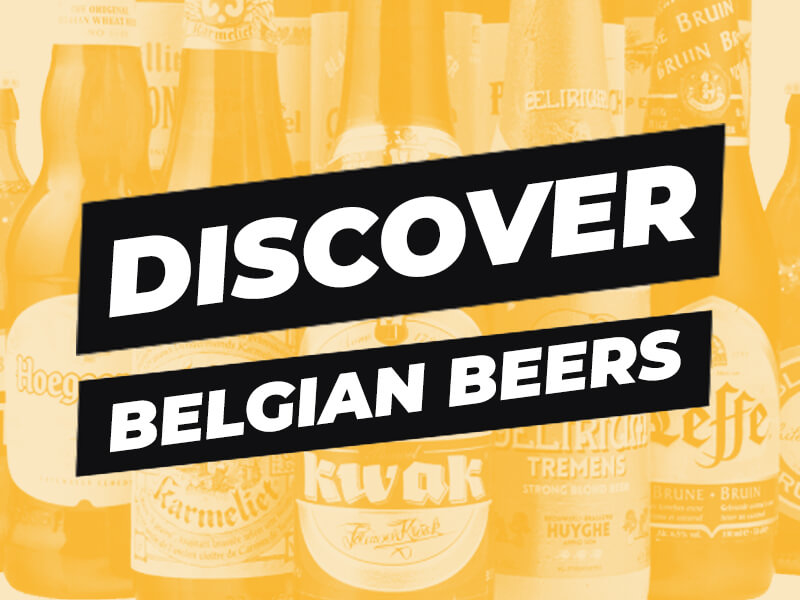 Navigating Belgian beers is a minefield; styles vary massively, but one thing they all have in common is that they are so unique, thanks to tradition and monk-knowledge, combined with innovative and exciting flavours. We’ve had a bit of a write-up of some of the awesome styles this tiny, yet mighty, country produces.

Trappist Ales are the OG of Belgium beers, we’re talking quads, dubbels and tripels - beers made famous by their rich historical background & unrivalled taste & flavour profiles. The key difference between Abbey & Trappist beers? Trappist beers are brewed under the direct supervision of the Trappist Monks.

Dubbels are reddish brown made with heavily caramelised sugar which leaves behind a raisin-like flavour. The fruity, peppery & spicy flavours are down to the type of yeast used in fermentation.  Quads use the same ingredients but with amped up flavours. Think pepper, raisin, plum & caramel with a noticeable alcohol hit. Tripels are brewed with a fair whack of beet sugar, but without caramelisation, this heightens the ABV and lightens the body to a beautiful golden colour thanks to the use of lightly kilned malt. Expect softer notes like banana, pear and apple.

Farmhouse Ales are the godfathers of Belgian Beers. Saisons and Bière de Garde were historically brewed during winter months to supply to their workers during the warmer months (we like to think the original beer jacket!).

Bière de Garde is massively more diverse in the style – ‘blonde’, ‘ambrée’, and ‘brune’ are key varieties, each with different expressions of malt flavour. The overarching factor is that yeast is less prominent in flavour due to being fermented at cooler temperatures, which limits the fruitiness and spiciness. Saisons are pale, super-dry, highly-carbonated with citrus like notes, strong peppery yeast character and a high level of floral and earthy hoppiness

Belgian strong pale ales are more recent, credited to Belgian brewers Duvel Moortgat. The beer – Duvel, is similar to Abbey Ales, but lighter in colour, drier and with a bigger hit of bitterness. Blondes have a lower ABV and are often sweeter than Belgian strong pale ales or Tripels, with a significant lighter body. Belgian Pale Ales are amber to copper in colour, moderate strength with a toasty malt quality. On the nose they’re typically less intense than most Belgian Ales, with fruity & peppery yeast aromas.

Typically brewed with un-malted wheat, coriander and orange peel, they’re moderate in alcohol with a balance of citrus and spice flavours thanks to the yeast used in fermentation. Super drinkable, refreshing and light in body & colour.

Lambics are super sour, created by something called 'spontaneous fermentation’, this means they use wild yeast & bacteria. Because of this, the process produces sour & funky flavours which is what makes these styles so unique. Often, they’ll be added with fruit to make them ultra-sweet and low in alcohol. Gueuze are a blend of old Lambics, with flavours like lemon, honey, brine, cheese & oak. They’re the marmite of the Belgian Beer world - you’ll either love or hate them.

These ales are split into two different categories - red and brown. Flemish Sours are brewed similarly to Lambics however, the end result is vastly different. You’ll get sour notes of cherries, currants, leather & lemon with a sharp acidic bite often with little residual sweetness. 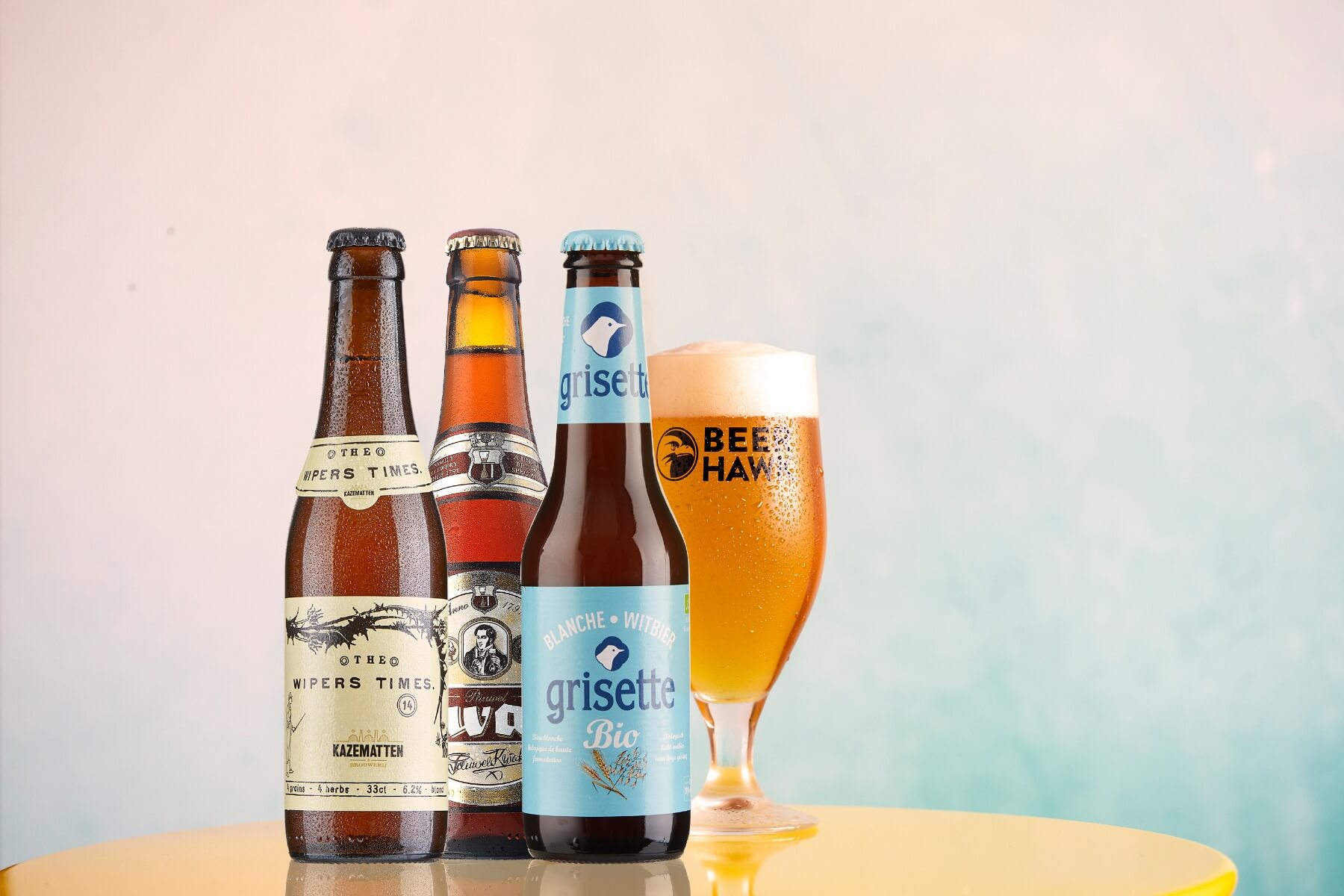 All in all, Belgian Beers are the absolute classics in flavour, brewing techniques and variety, and there’s a style for everyone. To help you find your way around Belgian Beers, we’ve grabbed our favourites from across all these epic styles and popped them into our Belgian Beer Mixed Case for you. Perfect. What’s not to love?!